It has been a great few of weeks for our sports teams and perhaps none more so than this week!

In Badminton, the Senior A team had a tough 4-2 loss to Wellington College last week and has a bye this week. They currently sit 3rd on the table. The Junior Badminton Cup begins next Thursday for the Juniors; they will have two games on every Thursday.

In Basketball, the Senior A’s had a solid 85-77 win over Wellington College followed by a loss in the traditional against Silverstream. Tonight they are back to full strength and take on Tawa College to begin their run into the finals. The Junior A’s had a tight 59-54 loss to Wellington College in the first game of the top 4 play offs, and take on Silverstream at home next Tuesday.

Turning to Football now, the 1st XI continue to build momentum heading into nationals with a 2 all draw with Wairarapa last Saturday, with Mohammed Dia bagging a brace and then on Saturday fought out 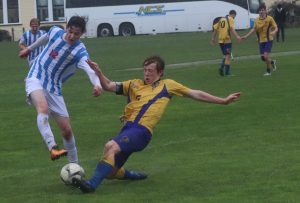 an epic 3-2 win over Silverstream to bring home the Boyle Trophy, with goals to Sam Marsters, Mohammad Dia and Jesse Randall. They will play Silverstream again on Saturday as part of the Premiership competition.

The 2nd XI are still tearing it up with an emphatic 6-2 win over Tawa and the 3rd XI are finding the back of the net with equal ease with a 7-1 win over Kapiti College.

In Hockey news, the 1st XI is striking some form heading into the business end of the season. A 2-1 win over Scots on Friday night was followed up by attending the Central North Island tournament in Wanganui where they beat the eventual tournament winners, Lindisfarne College from Hastings 2-0. Tonight they play Tawa College at 5pm at the National Hockey Stadium.

The 2nd XI continue their undefeated streak with a comfortable 8-0 win over Kapiti College. 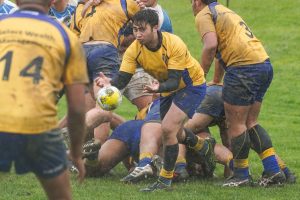 In Rugby, for the first time in more than a decade, Rongotai College has secured a home semi-final in the Premiership by defeating St Patrick’s College, Silverstream 10-5 in the 60th annual Old Boys’ Cup traditional. Rongotai showed why they have the best defensive record in the Premiership, keeping Silverstream scoreless in the second half, to come from behind to score 10 unanswered points (all to Dylan Jackson) to take out the win.

This capped off a quality week for the brothers where they also came from behind and took out Wellington College 23-20, and win the Heron Cup for the first time since 2003.

Congratulations to all the players, coaches and staff involved in the annual Traditional on Wednesday. It was an excellent day of sport, which saw us take it out 3-1 with wins in Hockey, football and Rugby! Thanks to all of you who were out their supporting our teams in the rain.

To keep up to date with how we our teams are going or to share your teams results go to the RC sport Facebook page.