In sports over the past week, the Senior Premier badminton side beat Scots College 4-3 while the Junior Premier side went down 6-0 also against Scots. On Wednesday, the CSW Senior singles Champs was held at the Hataitai Badminton Courts. Henry Hollis made the semi-finals of the tournament, while Bevan Cox won the Plate final after going down in his first match.

In basketball, the Senior A basketball side beat Aotea College comfortably 106-39 with Finn McClure 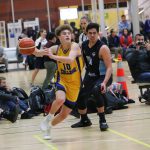 and Ben Robertson top scoring with 21 points each. The Junior A basketball side went down in a high scoring game against Scots College 92-69 on Tuesday night.

The 1st XI football side lost to Wairarapa College 2-1 in the dying minutes last Saturday despite taking the lead thanks to a well-taken goal from Mohammed Dia. They have an important match against St Pats’ Silverstream tomorrow which they must win in order to remain in contention for the Lotto Premier Tournament in Christchurch in September. The 15 Gold side continue to improve and again were close going down 3-1 to Kapiti after initially leading 1-0.

There was a huge result in the hockey last Friday night, as Rongotai 1st XI beat Wellington College 4-3 at the NHS to go top of the table in the Premier grade. Sajan Patel and Bahveen Patel each scored two goals each. It has been fantastic to see our premier basketball, football and hockey sides all winning strongly against our brother school in Premiership competitions this year.

In Rugby, the 1st XV won well against Porirua College 43-7. Winger Daniel Pulauva scored a hat-trick of tries and Kayden Muller contributed 18 points through 2 tries and 4 conversions. The U15 rugby side had a bye this week.

Congratulations to both Albert and Wilbur Stanley who have been selected for the NZ Youth sailing team in the Laser Radial and 420 Class respectively. Albert will be going to the Laser Radial World Youth Champs in Germany, while Wilbur will be going to Rhode Island, USA to compete at the World 420 Champs. Both events are in August and we look forward to following your progress over there! Good luck boys!”